“Our best ever mistake!” 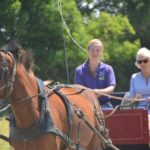 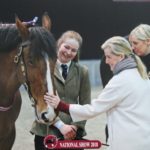 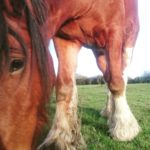 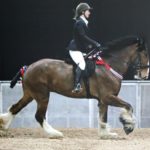 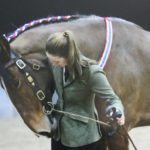 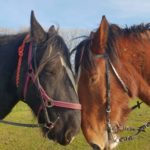 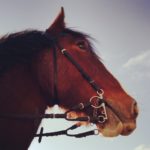 Ed (short for Edmund, definitely not Edward!) came to us in the autumn of 2015 aged 18 months.

Named Sedgemoor Pride on birth, the name ‘Bosley’ was added to his registration a year later in memory of the 4 lives lost in the Wood Flour Mills explosion in Bosley, Cheshire in July 2015.

Known by his day-to-day name ‘Ed’, he was bought in Uttoxeter by mistake – we had gone to the sale without a horsebox and had no intention of buying a horse the day – but Ed had other ideas!

As unintentional purchases go, Ed’s was the best! He settled in well with us and quickly became a farm favourite! By age 4, Ed began to help with the horse and cart ride and like Celt before him, his quiet and laid back demeanour made everyone who met him fall head over heels!

That same year, Ed was centre of attention when HRH the Prince of Wales and HRH the Duchess of Cornwall were welcomed to the farm. Ed took Camilla around in the horse and carriage and she even had a go driving him and did a good job!

Ed continued his great work on the farm in 2019 when the Household Cavalry came calling. Knowing that he would be well looked after and would have his very own ‘big brother’ Celt from our farm to look after him, it was time to let Ed fly.

Ed left us for London in the autumn and is making a great impression during his Drum Horse training. We very much hope to see him on duty alongside our Celt, or ‘Major Mercury’ in the near future. How amazing would that be!